A Jesuit reflects on the Jesuit pope’s interview by Jesuits

As a Jesuit, I was overwhelmed by the interview of Pope Francis by my Jesuit brother, Fr. Antonio Spadaro, editor of La Civilta Cattolica, a Jesuit journal based in Rome. Congratulations to Antonio, my former colleagues at America, and the 14 other Jesuit publications for this extraordinary exclusive. That all of these Jesuits could keep such a coup secret until publication almost makes me believe in Jesuit conspiracy theories.

In my experience as superior in the Society, to be honest…, I did not always do the necessary consultation. And this was not a good thing. My style of government as a Jesuit at the beginning had many faults. That was a difficult time for the Society: an entire generation of Jesuits had disappeared. Because of this I found myself provincial when I was still very young. I was only 36 years old. That was crazy. I had to deal with difficult situations, and I made my decisions abruptly and by myself….
My authoritarian and quick manner of making decisions led me to have serious problems and to be accused of being ultraconservative. I lived a time of great interior crisis when I was in Cordova. To be sure, I have never been like Blessed Imelda [a goody-goody], but I have never been a right-winger. It was my authoritarian way of making decisions that created problems.

But unlike many, Bergoglio learned from his failures and followed a completely different style of governing as archbishop in Buenos Aires. That some Jesuits never recognized this conversion and failed to embrace him as our brother is our sin.
This method of learning from one’s mistakes is very Ignatian and reflects how imbued Francis is by the spirituality of St. Ignatius Loyola as experienced in his Spiritual Exercises. Pope Francis may sometimes look like a Franciscan but he always thinks like a Jesuit.
The themes of the Spiritual Exercises come up repeatedly in this interview: knowing oneself as a sinner embraced by God’s merciful love, discernment in decision making, finding God in all things, life as a pilgrimage with the people of God, etc.

Discernment is going to be important to him as pope. Decisions will not be deducted from ideological positions, rather “great principles must be embodied in the circumstances of place, time and people.” He then quoted John XXIII with regard to the government of the church, “See everything; turn a blind eye to much; correct a little.”

He acknowledged that discernment takes time. In words that could have been addressed to me in my impatience, he said:

[M]any think that changes and reforms can take place in a short time. I believe that we always need time to lay the foundations for real, effective change. And this is the time of discernment. Sometimes discernment instead urges us to do precisely what you had at first thought you would do later. And that is what has happened to me in recent months. Discernment is always done in the presence of the Lord, looking at the signs, listening to the things that happen, the feeling of the people, especially the poor….
But I am always wary of decisions made hastily. I am always wary of the first decision, that is, the first thing that comes to my mind if I have to make a decision. This is usually the wrong thing. I have to wait and assess, looking deep into myself, taking the necessary time. The wisdom of discernment redeems the necessary ambiguity of life and helps us find the most appropriate means, which do not always coincide with what looks great and strong.

And yet, seeking and finding God in all things is still an area of uncertainty. One stands with humility before God.

If a person says that he met God with total certainty and is not touched by a margin of uncertainty, then this is not good. For me, this is an important key. If one has the answers to all the questions—that is the proof that God is not with him. It means that he is a false prophet using religion for himself.

When asked about his vocation, Francis said there were three things that attracted him to the Jesuits: “the missionary spirit, community and discipline.” I can relate to that. Like him, “I did not see myself as a priest on my own. I need a community.” I feel sorry for him because it is going to be hard for him to have that community as pope.
His vision of the Society of Jesus is centered in Christ and his church.

The Society of Jesus can be described only in narrative form. Only in narrative form do you discern, not in a philosophical or theological explanation, which allows you rather to discuss. The style of the Society is not shaped by discussion, but by discernment, which of course presupposes discussion as part of the process. The mystical dimension of discernment never defines its edges and does not complete the thought. The Jesuit must be a person whose thought is incomplete, in the sense of open-ended thinking. There have been periods in the Society in which Jesuits have lived in an environment of closed and rigid thought, more instructive-ascetic than mystical….
No, the Jesuit always thinks, again and again, looking at the horizon toward which he must go, with Christ at the center. This is his real strength. And that pushes the Society to be searching, creative and generous. So now, more than ever, the Society of Jesus must be contemplative in action, must live a profound closeness to the whole church as both the ‘people of God’ and ‘holy mother the hierarchical church.’

He acknowledges that this can get Jesuits in trouble. He recalls the Chinese rites controversy, the Malabar rites, the Reductions in Paraguay, and more recently the conflict with Pope Paul VI over making all Jesuits fully professed of four vows.

Francis then goes on to explain how he sees St. Ignatius’s exhortation to “think with the church.” “The image of the church I like is that of the holy, faithful people of God,” he said.

[T]he church is the people of God on the journey through history, with joys and sorrows. Thinking with the church, therefore, is my way of being a part of this people. And all the faithful, considered as a whole, are infallible in matters of belief, and the people display this infallibilitas in credendo, this infallibility in believing, through a supernatural sense of the faith of all the people walking together…. When the dialogue among the people and the bishops and the pope goes down this road and is genuine, then it is assisted by the Holy Spirit…. We should not even think, therefore, that ‘thinking with the church’ means only thinking with the hierarchy of the church.

But he is quick to note that he should not be understood to be talking about a form of “populism.” “No; it is the experience of ‘holy mother the hierarchical church,’ as St. Ignatius called it, the church as the people of God, pastors and people together. The church is the totality of God’s people.”

But he has no patience with restorationists.

If the Christian is a restorationist, a legalist, if he wants everything clear and safe, then he will find nothing. Tradition and memory of the past must help us to have the courage to open up new areas to God. Those who today always look for disciplinarian solutions, those who long for an exaggerated doctrinal ‘security,’ those who stubbornly try to recover a past that no longer exists —they have a static and inward-directed view of things. In this way, faith becomes an ideology among other ideologies.

For Francis, three words sum up the mission of Jesuits today: “Dialogue, discernment, frontier.” On the last point, he quoted Paul VI’s speech about the Jesuits: “Wherever in the church—even in the most difficult and extreme fields, in the crossroads of ideologies, in the social trenches—there has been and is now conversation between the deepest desires of human beings and the perennial message of the Gospel, Jesuits have been and are there.”

Reading this interview gave me greater insight into my Jesuit vocation and into our Jesuit pope. What is clear is that he does not think like a classicist who sees the world in unchanging categories. He is a story teller like Jesus, not a philosopher. He thinks in narrative not philosophical principles. He thinks like a pastor understanding the history of the church but wanting to move with God’s people confidently into the future. He trusts that the Spirit is alive and well in the people of God.

I have never been prouder to be a Jesuit or prouder of my church or more surprised by the Spirit. 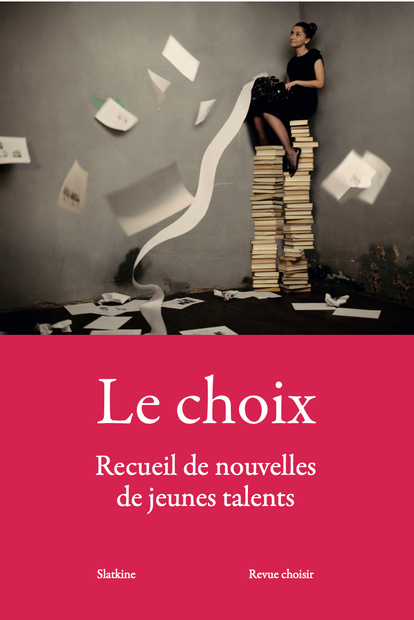